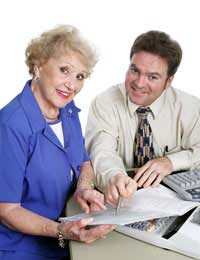 Many people may wish to make donations to a charitable cause or causes rather than paying an inheritance tax that might otherwise be used to fund projects and activities they would not wish to support if given the choice.

You can make a charitable donation in any number of ways against your tax during your lifetime, as a company, as a self employed person or through gift aid. This in itself is one way of shifting your overall tax burden over your life in order to make sure that your money goes where you want it to.

You may wish further to donate money to charities in your will. Thee is no limit to how much you can give to charity and you may even wish to specify a percentage. In effect, it would even be possible to state that you wished to pay no inheritance tax and that you would like any money left above the ‘nil rate band’ for inheritance tax after your assets have been divided to be given to charity.

It helps to be as clear as possible, down even to the particular branch of a charity you wish the money to be left to. You can specify more than one charity, but do try to be as clear as you can, otherwise issues can arise as party’s vie to have your money deposited with a charity if their choice, which is one more headache for the person that you have left in charge of your will and your inheritance tax affairs.

Try where possible to choose a charity that you have some particular concern for and one that will make a statement on your passing – this is after all part of your legacy: Don’t make a decision on a whim.

You can also donate to a charity under the Seven Year Rule and this money will not be taxed providing that you live for another Seven Years. If you dies in the mean time then your donation will be taxed on a sliding scale at a rate according to how many years passed between you making the donation and you passing away.

If you need help with your decision to make a donation to charity, or you need help writing a will, consider contacting ‘Will Aid’. Will Aid is a charity that provide a will writing service employing the skills of volunteer solicitors. In return they ask that you consider not paying them, but making a donation to one or more of the nine charities they represent. For further information see: www.willaid.org.uk. Charities included in the scheme are The Red Cross, NSPCC and Save the Children, amongst others.

Ensuring Your Inheritance Paperwork is in Order

Valuation of Your Estate

Inheritance on Antiques and Artworks