History of Inheritance Tax in UK 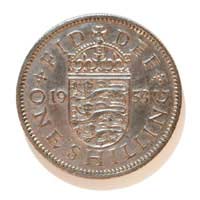 The first ever inheritance tax known to man (although some form of authority taking from the ‘estates’ of the dead is surely as old as humanity is) was implemented by Julius Caesar. However, in the U.K People have been turning pale at the thought of various ‘death taxes’ ever since they were first introduced in 1796 in order to finance the war against Napoleon Bonaparte. As with many taxes and laws introduced in peace time the law never changed, and we have been subject to some form of death on tax ever since, which some people see as rather unfair, as – for the time being – one can hardly avoid dying.

For a long period of time Britons were expected to pay ‘Succession Duty’ – an percentage between 1 and 10% of anything inherited, with waivers for individual inheritances of under £20 or entire estates worth under £100. Laws were changed throughout the 19th and early 20th Centuries, often in favour of the poor (such as the amendment in 1889 which raised the tax threshold on an Estate to £300 and added to the percentage that a liable person paid).

Of course, opposition was met from all political sides throughout this period, as it still is, yet the tax remained strong, morphing into the tax that preceded the one we now pay – the Estate Duty: A Tax payable on Estates solely and not on the inheritance of an individual.

One major difference with the Capital Transfer Duty, introduced in 1975 was that all major gifts throughout a person’s life were liable for tax, in stark contrast to our current system, whereby a gift can be exempted from tax, providing that the person that gives the gift survives seven years after the donation of that gift.

Inheritance Tax as we know it was introduced by Margaret Thatcher’s government in 1986 and can be identified by a Thatcherite policy by the neat way in which it allows so many people to avoid paying at least part of the tax – The Conservative Party was a party of low taxation in death as in life, something which met with opposition from left wingers who felt that the wealth of the rich was unduly protected by the Conservatives, whilst the poor were excluded from that wealth.

The first major change to Inheritance Tax came in 2007 as Gordon Brown, the Chancellor unveiled proposals to increase the minimum rate at which tax can be paid on an estate to £350’000 by 2010-11 (set to rise to £312,000 in 2008-09 and £325,000 in 2009-10) rather than increasing it in line with inflation, as had been the habit. This has met with Tory opposition as Cameron argues that Inheritance Tax threshold should be dramatically increased, perhaps to £1’000’000. Again we see politicians using Inheritance Tax to shore up their ideology – although curiously it is the Tories that look set to penalise the Rich over the poor, whilst Labour (although increasing the tax marginally by an amount which will in any case be eclipsed by rising house prices) look keen to penalise as many persons as possible: The song remains the same although the main political parties have switched allegiances!

However unpopular the Inheritance Tax is it looks set to stay in some form and will continue to act as a good gauge of political policy as well as attitudes towards death long into the future.

Grant on Credit
Share Your Story, Join the Discussion or Seek Advice..
Although due to my financial situation the government will get no Inheritance tax after my death I believe this form of tax is nothing less than. theft!. We usually pay tax as payment for services rendered ie; rubbish collection, street lighting, police and many other services, but with "Inheritance Tax" it is pure theft taking money from a person after death from which he has already been taxed during his lifetime. I knew a man who was a millionaire on paper when he died he worked hard all his life as part of a family business and at one time probably paid sixty percent tax on his income, when he died a further forty percent was taken out of his estate £400,000! I believe if a person at death has any living relatives then that money should be given to them not stolen away by any government who have rendered no service whatsoever. I have read that this form of tax was introduced by Julius Caesar, and carried on in 1796 to finance the war against Nap bonaparte.and has been carried on by successive governments!.how convenient and downright dishonest is that?
none - 7-Oct-11 @ 5:52 PM
Title:
(never shown)
Firstname:
(never shown)
Surname:
(never shown)
Email:
(never shown)
Nickname:
(shown)
Comment:
Validate: