Home > 'The Voluntary Tax' > IHT: The Balance Between Avoidance and Evasion

IHT: The Balance Between Avoidance and Evasion 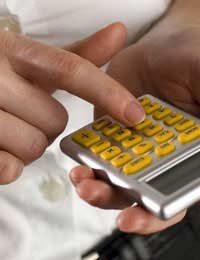 Inheritance Tax is probably the most hated and most contentious tax levied in the UK. Originally designed to break up large estates upon the death of the owner, it now catches many thousands of householders that lose out to a tax that was not intended to affect them. It is little wonder, therefore, that many people look for ever more ingenious ways to avoid paying Inheritance Tax.

Several articles on this website discuss ways in which an Inheritance Tax (IHT) bill can be reduced or eliminated. Many of these methods are commonly practised by people around the country, and routinely recommended by inheritance advisers. They make use of existing allowances and loopholes in the law to ensure that you and your beneficiaries lose as little as possible of your estate to the taxman. These methods are perfectly reasonable – you have a legal right to minimise your tax bill.

There are other methods, however, that are not legal. Making false declarations about the size of an estate is an example of such methods. Using illegal methods like this is known as ‘tax evasion’ – as opposed to tax avoidance, which involves only legitimate, legal actions. It is vital that you understand the differences between tax avoidance and tax evasion if you are trying to lower your Inheritance Tax bill.

There has been a significant increase in the number of suspected cases of Inheritance Tax evasion in recent times. This is in part due to a pervasive sense that IHT is an unjust tax. Partly, however, it is a result of increased government pressure on existing Inheritance Tax loopholes. The government has spent a lot of time closing these loopholes, thus making it more difficult for individuals to minimise their tax bills in a legal manner. This has meant that some people have turned to illegal evasion methods, while others have actually perpetrated tax evasion without knowing it – simply because they were unaware of the new rules.

There are, however, still a significant number of ways in which a large Inheritance Tax bill can be avoided. These include establishing a trust and gifting assets to intended beneficiaries before death. The important thing to remember is that it is still perfectly possible to mitigate or eliminate your IHT bill through legal means; indeed, new rules regarding nil-rate bands for married couples and those in civil partnerships have actually made it easier to cut your tax bill.

Even now, though, many people choose evasion as the way to pay less tax. Aside from the questionable morality of this choice, the personal risks cannot be underestimated. Serious tax evasion carries a potential prison sentence – and ignorance is no defence in law. As such, it is vitally important that you are fully aware of the often complex rules regarding Inheritance Tax. If in doubt, you should always seek advice from an independent financial advisor, who will be able to offer personalised assistance and help make sure that your IHT activities fall strictly within the limits of the law.

What is Exempt from Inheritance Tax?

Should I Hire an Independent Financial Adviser?