Arguments In Favour of Inheritance Tax 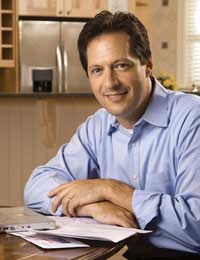 Despite the Many Objections to Inheritance Tax, there are many arguments in favour of it. It is worth noting when considering objections to inheritance tax, that taxes are rarely ever popular, so it may be worth taking the unusual position of considering the positive aspects of Inheritance Tax: After all, you will in all probability have to pay it unless the threshold significantly increases soon. In doing this you may find some suprising benefits of inheritance tax, especially for those less well off (who, in any case, will not have to pay).

The principle argument in favour of inheritance tax is that it makes sense as a tax on the dead rather than upon the living. In short, the dead no longer need the money, so it may be better distributed amongst those who do need it

It could further be argued that as a tax on the wealthier (nobody leaving less than £300’000 will be liable for it) it is a fair tax as it redistributes money to those more in need of it, rather than merely passing on money to loved ones and children, who in all likelihood (but not necessarily) have enjoy a good level of existence in any case. It could be argued in this case that Inheritance Tax is a tax upon the ‘idle rich’, which is then passed to the poor! Any tax otherwise raised to replace Inheritance Tax would in all probability be felt by the poor in any case.

The inheritance tax raises much needed money when it least hurts - i.e. when you are no longer around! The abolishment of such a tax would necessitate the raising of funds during peoples life times, possibly therefore leaving less for you to pass on to you loved ones when you pass away. As bizarre as it sounds, the inheritance tax may actually leave you with more money to leave to people than if you were taxed the equivalent otherwise. This is because money accrues and grows over time in bank accounts and as other assets as a percentage increase (albeit one that is highly variable in some markets): The more money you spend in your lifetime, the more assets will snowball.

The inheritance tax can in part be avoided using careful forward planning and therefore one has no reason to complain about it as a compulsory tax! Whilst you may not be able to avoid it completely, you can maintain some control over how much you pay (as with value added tax, fuel duty and so on).

Inheritance Tax taxes a person on part of the total government resources they have used during their life only after they have used it, thus allowing them full benefit prior to death. This is a fairer system then one that would require, for example, everyone to pay for health care insurance up front.

We can see from these arguments that thee are some good arguments in favour of paying inheritance tax, despite the widespread feeling in opposition to it. However, for a balanced argument look at related article: ‘Objections to Inheritance Tax’.