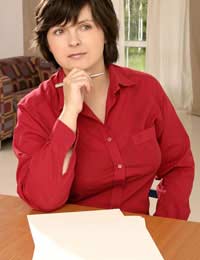 The process of executing a will and carrying out the assorted tasks associated with settling the affairs of a deceased individual can be long and arduous. It can often appear that there is no end to the form-filling required for those charged with sorting out an estate. However, the process of settling the inheritance of an individual who had been living abroad can often represent an even more difficult task.

This case study concerns a Cheryl*, whose cousin died in Kenya. Cheryl who lives in the UK, was the only remaining member of the Kenyan resident’s family, and therefore took on responsibility for settling her affairs.

Nature of the Assets

“I already knew roughly what my cousin’s estate would consist of,” Cheryl said. “She had a small amount of cash in a bank account in Kenya. But the bulk of her money was in shares in a Canadian company.”

Cheryl's first step was to secure a copy of her cousin’s death certificate. In order to receive a copy of this she first had to prove that she was the next of kin. She contacted the British consulate in Kenya who provided assistance as Cheryl's cousin was of British parentage. The consulate arranged for a copy Cheryl's passport to be passed to the relevant parties in Kenya.

“I would definitely recommend that anyone dealing with death or inheritance abroad get in touch with the consulate or Embassy,” said Cheryl. “They offered invaluable help. I’m not sure we would have had it sorted even now were it not for them.”

Cheryl then needed letters of administration from the Kenyan government. This document passes responsibility for the administration of the estate to the relative requesting it. This required a court appearance, which the consulate helped to arrange. The purpose of this hearing was for the court to be satisfied that Cheryl was the next of kin, and therefore authorised to deal with the estate.

“This was the longest part of the process,” she said. “All in all it took about a year to get letters of administration after my cousin’s death. The legal process was very slow, despite all the help I received.”

The letters of administration allowed Cheryl to contact her cousin’s bank and arrange for the money in the account to be used to pay off funeral expenses. She can now contact the company in whom her cousin had shares, with a view to cashing them in. Depending on the value of the shares she will then need to consider any potential tax implication that may arise.

Cheryl is yet to receive the cashed shares, although the process will soon be complete. It is now almost two years since her cousin died; this should give some indication of the complexities of settling an inheritance abroad. If you have to deal with an estate and inheritance for an individual that was living abroad, you should always consider the British embassy or consulate to be your first port of call. They will be able to advise on the correct next steps to streamline the process as much as possible.

*Names have been changed
Next Page

How I Minimised Capital Gains Tax on My Inheritance

How I Found a Will: A Case Study